Buddy was limping, losing the use of his back legs, and in constant pain. He has a spondylosis in one hip and is not a candidate for surgery. After starting the Hip & Joint Complex, I saw a rapid improvement in his condition. He can climb stairs now, he is playing with our other pets again, and seems to feel good most of the time. He seems to have reached a plateau. I’m not sure if he is as well as he can be or if I need to increase dosage to see if more improvement can be made. But I know that this supplement has improved his quality of life and I am so glad that I made the decision to try it. Well worth it!

My dog Gracie is 7.5 years old. When she hit 5.5 years old, she began to develop a limp. I didn't think much of it at first, as it was not constant. Over the course of the next 8 months, it became more pronounced. She also started having trouble getting up from a nap, jumping on the bed, etc. She was laboring. I tried medication from the vet, it had zero impact. So i started researching. After meticulous research, i decided to give this a try. Nothing changed at first; but then, about the 4th week of using, i noticed she was not laboring as much to get up off the floor after a nap. That invigorated me, and i was all in. Fast forward to now, 2 years later, and she is like a puppy again! The zoomies are back, she runs laps in the backyard, and she has not even hinted at a limp in 2 years. This stuff is amazing, and gave Gracie back her youth. 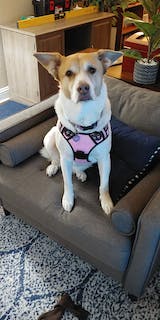 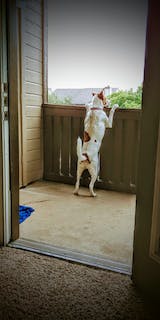 Have used product for about a year and will continue to do so. Coupled with a diet, I have noticed a difference in my dog's mobility while taking these supplements.

C
C.J.
I noted a huge improvement with my dog. Especially over the CBD I tried first.

I really loved this product

it may be helping some

123
Thank you for your subscription